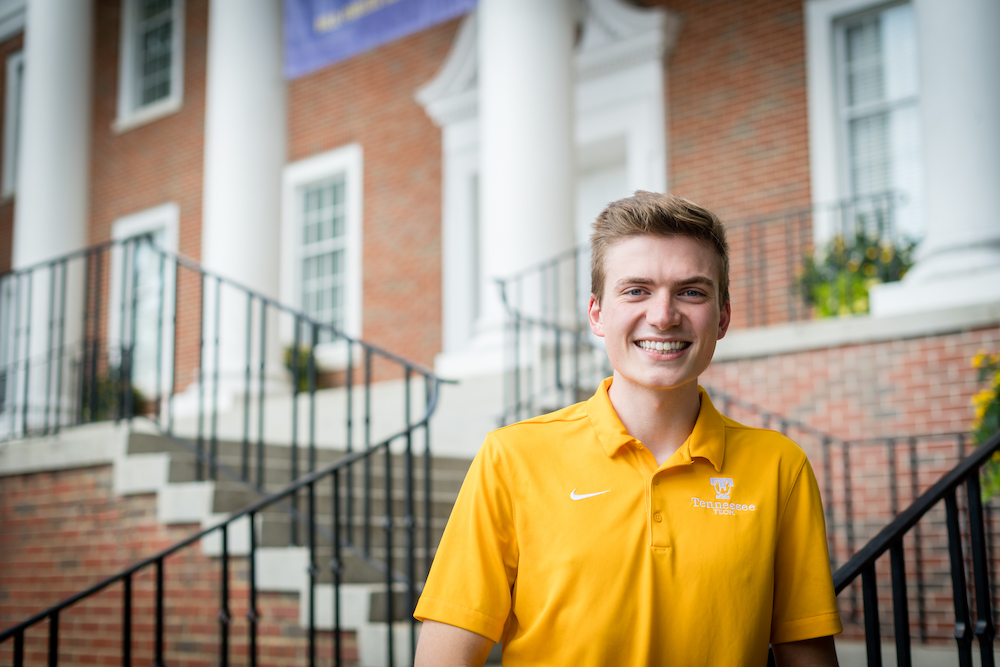 Purple and gold runs in the Sells family. Brad Sells, Student Government Association president and biology/health sciences ‘20, watched his older brother grow into a strong leader as a Golden Eagle and knew he wanted that same experience.

Sells’ brother served as SGA president during his time at Tennessee Tech, and after seeing the impact through him, Sells knew he wanted to study at Tech too.

“This is my fourth year of serving in student government,” Sells said. “I began my freshman year as a freshman senator, then I was appointed to secretary of external affairs. From there, I served as student body vice-president and then had an amazing team behind me who helped me with student body president.”

Being student body president has its fun aspects as well, such as working with administration and faculty, serving on committees, and planning the SOLO concert and I Heart Tech week.

“My vision for Tennessee Tech students this year is that they know that people are in their corner to help them out and there is always going to be a voice for them,” Sells said.

Sells and his team not only strive to be the voice for students, but to foster inclusivity and provide insight on what SGA does.

“I want people to have the most amazing experience because thankfully, I have had an incredible one.”

Passing his own positive experiences on to others is something Sells plans to continue to do beyond his work as a student leader as well.

When Sells was 14, he underwent foot surgeries that caused him to miss 18 months of school. During his time in the hospital, he cultivated relationships with nurses and doctors who helped take care of him.

“I knew if I could pass that same kind of experience on to one more person, that would be enough for me,” he said. “So that’s what’s really kept me going these four years.”

Although he is enjoying his last year as a Tech student, he plans to attend physician’s assistant school after graduation to help people in any way he can.